Five Years of the CDE

The Prime Minister Scott Morrison has said Australia should aim to be a digital economy by 2030. The QUT Chair in Digital Economy has always proudly aimed for the bleeding edge in research concepts and exploring theories. Established in 2015 before the digital economy was a widely used term, let alone understood, the QUT Chair in Digital Economy (CDE) set out to explore the unknown, and to make sense of this new ‘digital economy’ concept and how it will impact business, technology and society.

The vision of the four founding partners (QUT, the Queensland Government, Brisbane Marketing, and PwC) was to create a five-year research initiative that enabled a unique collaboration between industry, academia, and two levels of government. This model has become core to how we operate. Growing over five years from a team of three to an operation that has involved more than 80 researchers, designers, and professional staff, the CDE grew quickly and significantly, attracting three times the research funds forecast and achieving a global impact through its research and engagement. In January 2020, the CDE will evolve to become a dedicated research centre as QUT’s Centre for the Digital Economy. This is recognition and confirmation of the importance and impact of the research and engagement agenda that has been undertaken.

At its core, the CDE offers hope and optimism for a positive future within the digital economy. The combination of academic rigour with innovation design and deep collaboration with industry and government has enabled the CDE to tackle complex business and government issues. These issues range from Uber legislation to plastics management in the Circular Economy; from the National Digital Strategy to the Digital Brisbane 2.0 strategy; from reimaging taxation to reimaging record keeping. And it has explored new business models from demand mastery to design as a service to proactive governments – from Health 5.0, to Retail 5.0, to Government 5.0.

The CDE set the tone for asking curious questions about what the digital economy is and how it will impact business, technology and society. Working closely with many partners, the CDE has explored how these impacts can benefit organisations, keep incumbents relevant, provide revenue resilience, and build workforce capability that is future fit. The ongoing question in the digital economy is how to ensure sustainable digital transformation. In a world where almost no one can see the next disruption, how do we build resilience and respond to threats, as well as capitalise on opportunities? The work of the CDE is only just getting started with boldly optimistic ambition for global growth. 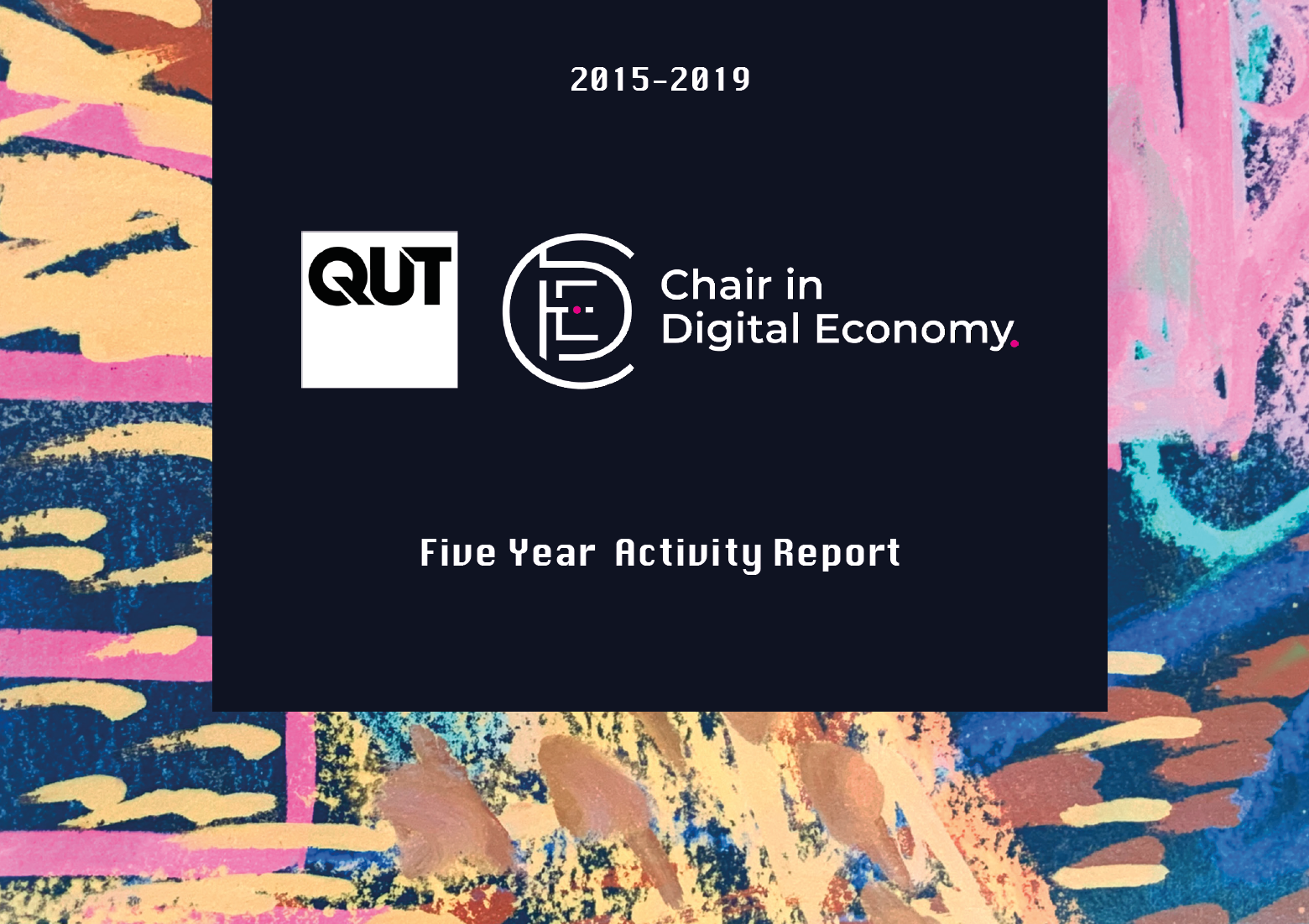 This report celebrates 5 years of achievements and activities of the Chair in Digital Economy.

Thank you to our Founding Partners 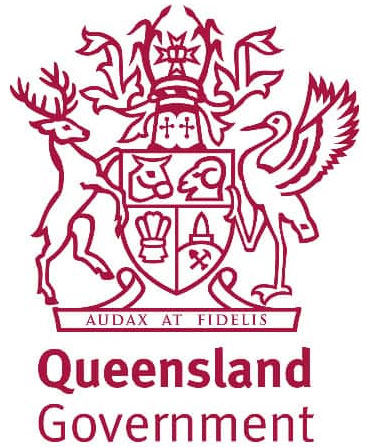 A “Chair in ….” is an academic term for an industry-sponsored professorship funded for a specific amount of time. Typically it is with one industry partner and one professor.

Our founding partners, Queensland Government, Brisbane Marketing, PwC and QUT had much bigger plans when they created the Chair in Digital Economy in 2015 facilitating a first-of-its-kind, five-year partnership between state and local governments, industry and academia.

Their vision become a thriving partnership that resulted in a team of 12 staff at its peak and more than 80 people contributing over the five-year period as researches, designers and professional staff.

It was the founding partners’ curiosity about the digital economy, ambition for industry-government-academic collaboration, and courage to invest in a research start-up that fuelled the accelerated growth and commercial-relevance of the Chair in Digital Economy. Evolving to become a dedicated, on-going research centre in 2020 is testament to the vision, strategy and leadership of our founding partners, the steering committee and the commitment of the CDE team. 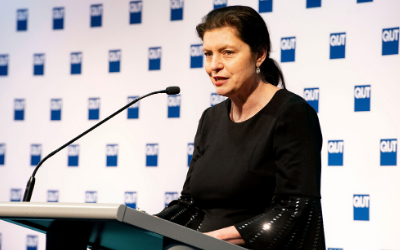 “From the outset, the QUT Chair in Digital Economy broke new ground and challenged the way academic work is done. The Chair embedded government and business stakeholders in research to co-create outcomes that are real world and relevant. The partnership model of business-government-academia has allowed the Chair to generate insights that unlock policy pain points, design new business models and revenue resilience, and inform new ways of working with digital intelligence and literacy. It has been wonderful to see the CDE expand everyone’s horizons over the past five years.” 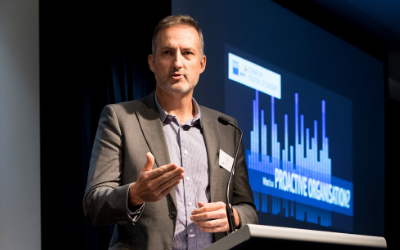 “The Chair in Digital Economy has been one of PwC Australia’s largest and most proud partnerships in recent years. Our aim was to help business and government learn more about digital disruption and understand how they can actively capitalise on the opportunities that existed. The true value of this partnership has been the consistent collaboration of all three stakeholder groups, working together on wicked problems such as Health 5.0 and the future of early childhood education. Having more than 700 government change-agents and leaders participate in the co-created executive education program to build skills in disruptive innovation leadership was a particular highlight.” 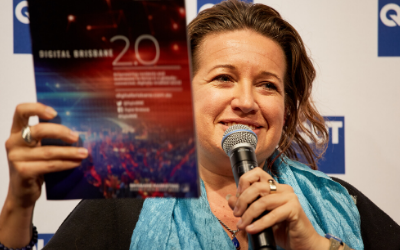 “We called for the establishment of an academic chair in the digital economy as part of the 2012 Digital Brisbane strategy. The goal was to apply both academic rigour and industry pragmatism to deepen our understanding of the opportunities and implications of the digital economy. We wanted to empower small businesses and guide corporates to help Brisbane flourish as the New World City. We also wanted businesses to be ahead of the curve with cutting-edge thought leadership, and for government to provide policy and leadership that enabled business to scale and expand globally. What was realised far exceeded those expectations.” 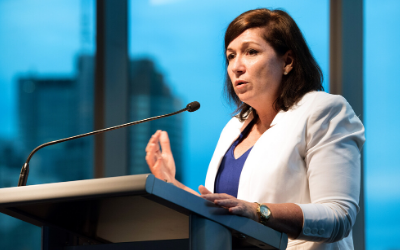 “The Chair’s role is vital in fast tracking our journey in digital transformation and innovation. We want to ensure Queenslanders embrace digital thinking and this includes looking at how the state government embraces innovation.”

The Hon. Leeanne Enoch MP (2016). Past Minister for Innovation, Science and the Digital Economy and Minister for Small Business

“I am proud to have been involved from the beginning, to have watched the Chair grow, and I am excited to be part of the next chapter as it becomes a Centre.

Congratulations Marek and team. And thank you to the Founding partners, industry partners, colleagues, and all the supporters who have been a part of the QUT Chair in Digital Economy.”

The Chair in Digital Economy is a joint venture and a globally unique partnership between, QUT, PwC, Brisbane Marketing and the Queensland Government. The Chair sets a world-class standard for collaboration among academia, industry and government. With all its partners, the Chair in Digital Economy has a shared goal to explore and develop new creative opportunities in an age of great disruption.
Find us on…